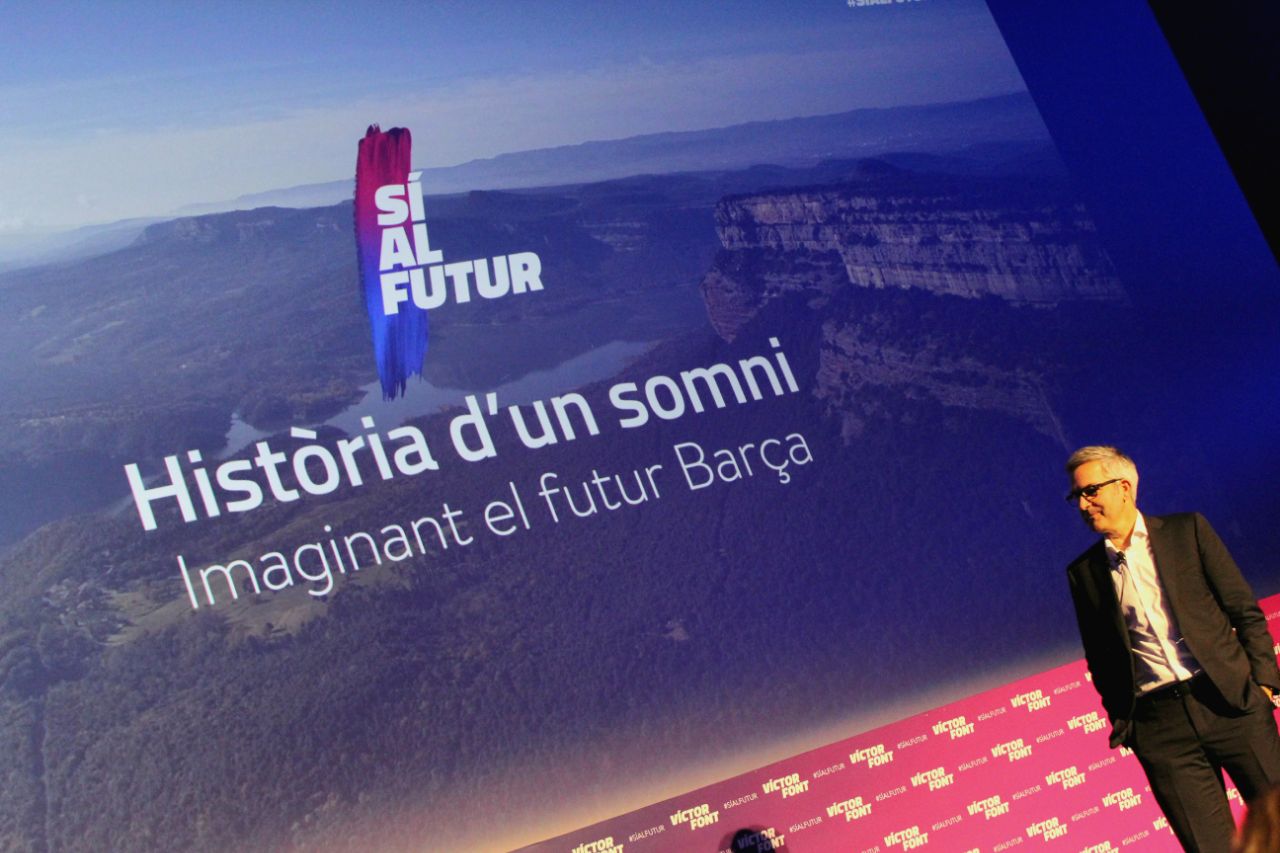 A robust, rigorous, carefully crafted, ambitious and participative project, its origins date back to 2013, when Víctor Font foresaw the “perfect storm” for FC Barcelona and started laying the groundwork for the Club to face a post-Messi future with a degree of certainty. Història d’un somni: imaginant el futur Barça (Story of a Dream: Imagining a Future for Barça) is a documentary summing up those years, which saw the emergence and development of a project to make it possible for Barça to keep competing at the highest level in all competitions and for ownership of the Club to remain in the hands of its members.

This film – a first for an FC Barcelona precandidacy – includes conversations between Víctor Font and Antoni Bassas, Juli López, Toni Nadal, Ramon Cugat and other members of the Sí al futur (“Yes to the Future” in Catalan) Board.

The documentary is 38 minutes long and shows meetings with future Board members outlining the project; Sí al futur’s multiple presentations to Barça members and fans in Catalonia; the campaign run by Víctor Font to gather some 5,000 members’ signatures in support of adding electronic voting to the agenda for the 2019 Delegates’ Meeting, with a view to making the Club more participatory; and a more personal section on Víctor Font, in which we find out about his passion for Barça and plans for the Club’s future.

This Monday evening, Sí al futur volunteers and employees will attend an exclusive première at Screen 9 of Bosque Multicines. At 19:00 on Thursday, 9 January – at Bosque Multicines again – there will be an exclusive première for the first 150 members to sign up for the screening. After the screening, the audience will be able to discuss the documentary with Víctor Font in person.

You can register through the Sí al futur website: www.sialfutur.cat. From 20:00 onwards on Thursday 7th, the documentary will be publicly accessible through the same website.

The film was made by the documentary maker Martí Genís i Bardolet. A freelance film editor and producer mainly working in documentaries and journalism, he founded the production company Pospotime in 2012. Martí Genís has been following Víctor Font and the Sí al futur team for the last few years, documenting the project.