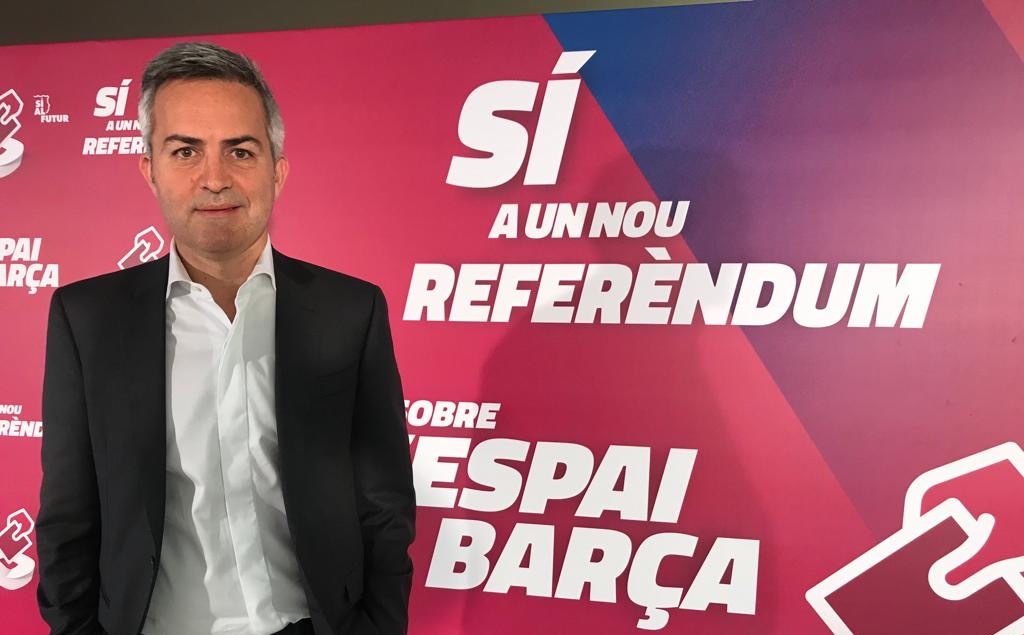 Sí al futur (Yes to the future, in Catalan) calls on the Board of Directors of FC Barcelona to consider that the modification of the financing of the Espai Barça be decided by referendum instead of being voted on an Extraordinary Delegates Assembly, scheduled for the beginning of the next year. The project led by Víctor Font thinks that a decision of this magnitude must be taken by the entire social mass of Barcelona members because, if accepted, it would imply assuming a completely different financing model from the one approved in the 2014 referendum: the project, which initially was to cost 600 million, would have been funded through 200 million from the generation of own resources, a further 200 from credit and some 200 donated by the company that would give name to the new Camp Nou. Currently, the project is thought to have a cost of 685 million euros and, according to different information, it is expected to be financed with 700 million from Goldman Sachs with an operating contract on part of the benefits for 25 years.

Before voting for the financing of Espai Barça, Sí al futur also asks for an exercise of absolute transparency on the debt and the economic situation of the Club. Víctor Font considers that the Board must clarify the information that indicates that Barça has 1,000 million euros of financial debt with an increase in financial liabilities of 53% in the last year. In this regard, Sí al futur would like to recall that the Board of Directors presided by Josep Maria Bartomeu undertook by public commitment, on more than one occasion, not to start the works of Espai Barça if the Club's debt was not below 220 million euros. Another aspect on which Sí al futur asks for clarity is the situation of the naming rights of the new Camp Nou in the financing of Espai Barça.

In addition to the in-person voting like that of 2014, Sí al futur considers that the referendum to decide on the financing of Espai Barça must be electronic too, so as to facilitate the participation of all the members of the entity. It should be noted that the law does not prevent electronic consultations of this type to the social mass and, in addition, the Club already has the software to carry it out because Sí al futur and the company Scytl delivered it free of charge to FC Barcelona last summer.

Sí al futur considers it essential that, before holding the referendum, the Board of Directors of the Club open a period of information and debate on the financing project to be put to the vote.

Sí al futur also urges the Board of Directors to explain if the change from the local architects firm Joan Pascual and Ramon Ausió Arquitectos to the Japanese multinational Nikken Sekkei with b720 firm Fermín Vázquez Arquitectos at the end of 2017 meant modifications to the Espai Barça project with respect to the one that won the contest in early 2016.