Víctor Font welcomes the legal recognition of electronic voting, but finds it inexplicable that it cannot be used on 7 March 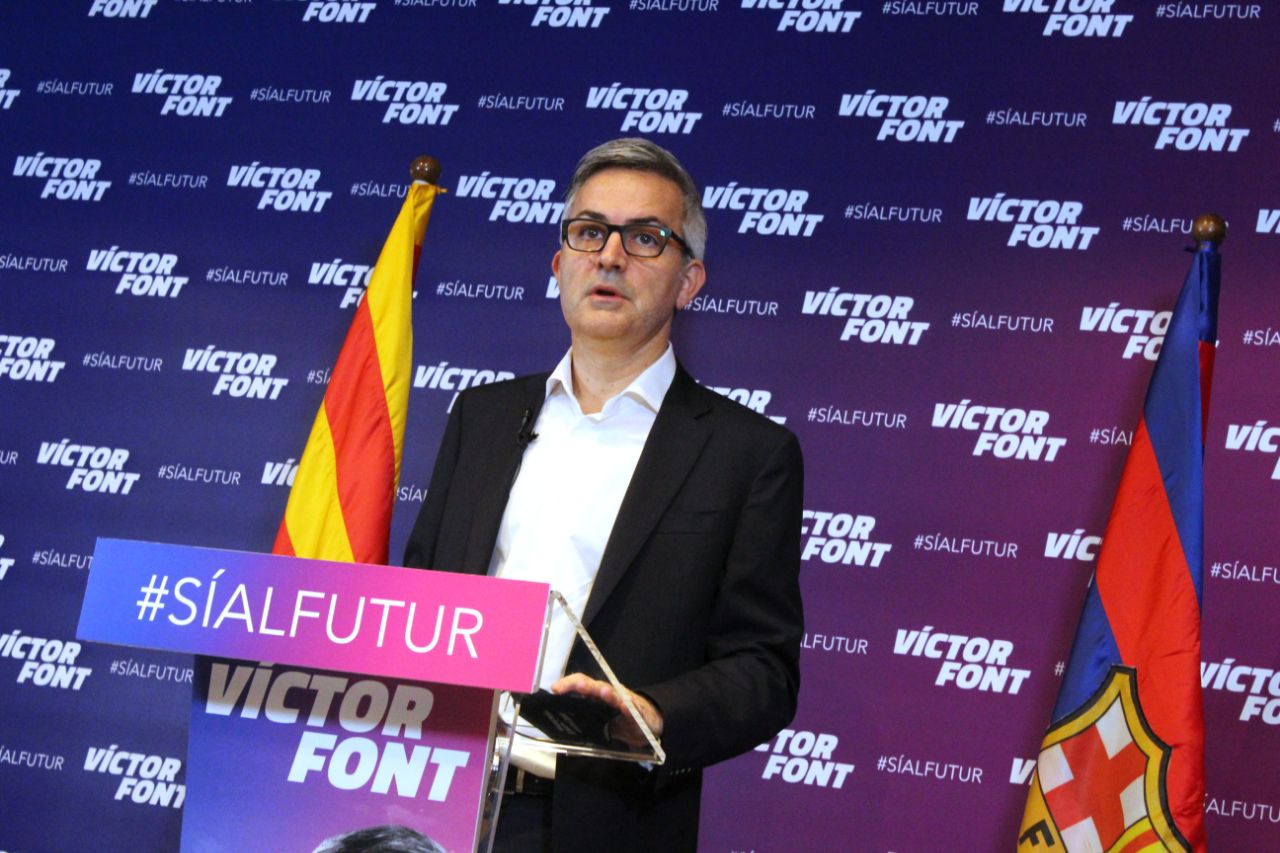 Sí al Futur (“Yes to the Future” in Catalan) considers it a success for Catalan clubs that the Catalan Government has recently enacted a decree giving legal recognition to the use of electronic voting in sport organisations’ elections. Electronic voting has been a key issue for Sí al Futur since day one, in line with our goal of making the members central to the life of the organisation, so that they, as the true owners of the Club, can make decisions more easily.

Sí al Futur included an item on the agenda of the latest Members’ Delegates Meeting, held on 6 October 2019, asking for the Club to adopt electronic voting. It did this thanks to the backing of 4,669 members, who added their signatures to make the initiative possible. In the vote, the adoption of electronic voting won with 60% of the vote: 359 of the members in attendance were in favour, with 173 voting against and 67 abstaining. Since the proposal – relating, as it did, to amendment of the Club’s Articles of Association – needed two thirds of the vote to be adopted, the motion did not pass.

Víctor Font had already, months before that vote-gathering initiative, given Barça the information and software that the Club required in order to implement electronic voting, so some of the technical preparations that it would have to undertake could already be underway.

On 11 November 2020, Víctor Font sent a letter to Carles Tusquets, Chair of the recently formed Management Committee, asking him to consider, in light of the commitment he had made to promote postal voting, also establishing electronic voting in the presidential election.

Sí al Futur is disappointed that the recent change in the law cannot be applied in the context of the current pandemic and cannot understand why this is the case. Víctor Font’s candidacy takes the view that this form of voting, which would enable all members to vote in a way that would be quick, legally secure and Covid-safe, should coexist with in-person and postal voting.

Electronic voting would guarantee all members’ right to vote, regardless of where they live, would reduce human interaction – and, therefore, the risk of infection – and would be traceable. It would be a means of voting that would encourage participation by those members wanting the greatest possible reduction in risk of Covid-19 infection.

To ensure the rigour and security of electronic voting, the Club could choose one of the many companies that have a confirmed track record of implementing this sort of voting. Sí al Futur also proposes the establishment of a group of independent technical observers to guarantee absolute transparency of electronic voting.

Víctor Font advocates doing everything possible to bring in Eric García during the January transfer window, given that the player has made it clear he wants to join the Club and that coach Ronald Koeman has said he needs a centre back. Even though the player could arrive on a free transfer in June, Sí al Futur believes that the signing of Éric Garcia would strengthen the squad at a crucial point of the season.

Víctor Font’s candidacy is asking that the election debates that various media outlets and civil society bodies want to hold should be spaced out over the seven weeks leading up to the 7 March election, rather than being concentrated in the last days of the campaign. Sí al Futur considers it important to recall that contrast between electoral programmes is essential if members are to be fully informed when they cast their votes, and takes the view that spreading the debates evenly would help to give voters more time to assess each candidate’s proposals.