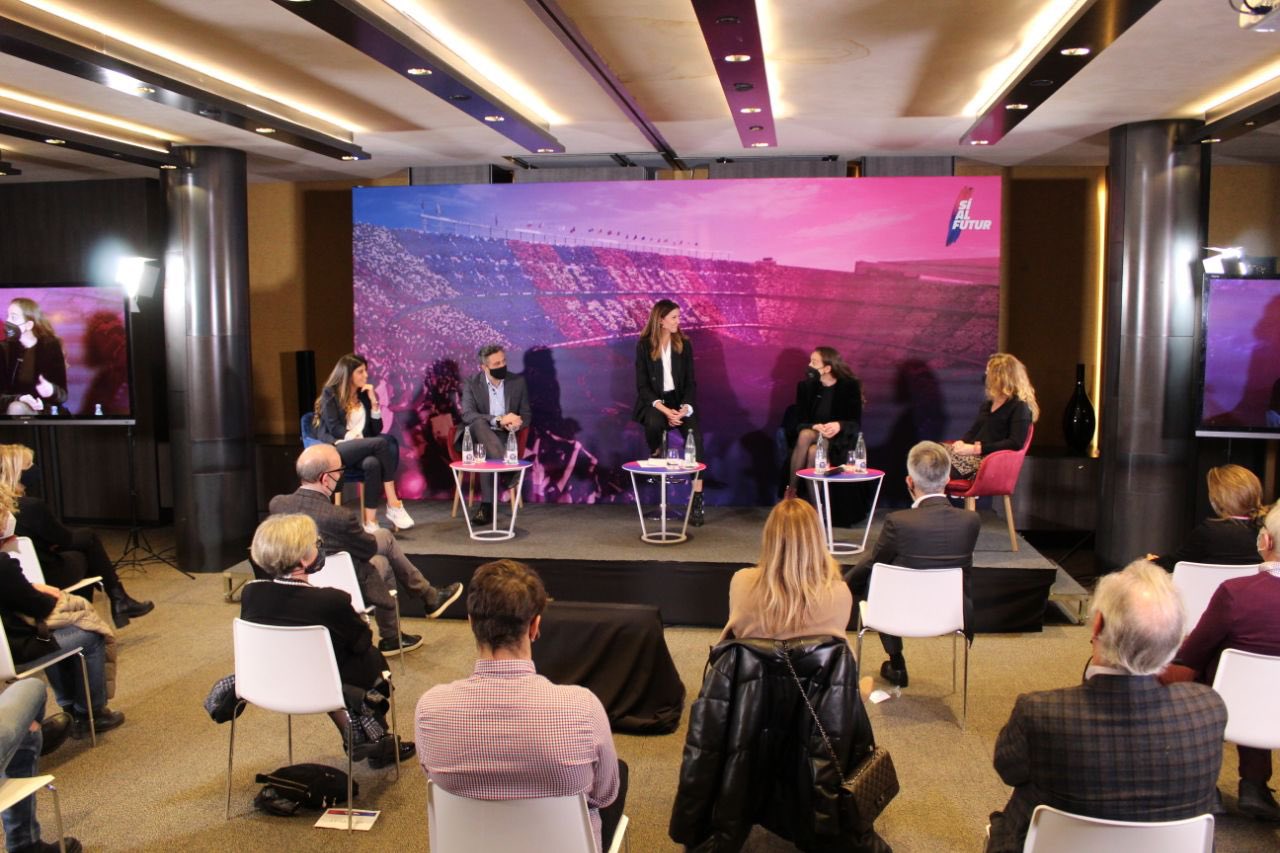 You can watch the whole event here

The urgent need to normalise the presence of women on the Club’s Board of Directors, in executive posts and on the pitch is one of the main conclusions of the roundtable held yesterday afternoon at the election HQ of Sí al futur (“Yes to the Future” in Catalan), the project led by Víctor Font. The roundtable was held to discuss women’s lack of representation within FC Barcelona and in the wider world of sport.

The roundtable was kicked off with a key question: “Why, in the 21st century, have no women put themselves forward as precandidates for the Presidency of Barça?”. Later, they covered issues such as the lack of women in senior roles in sport; women’s leadership style; the current situation of women blazing a trail in sport club and team management; and future challenges for normalising women’s involvement in the sport sector.

In addition, one of the invited audience members was Maria Antònia Milà, long-standing President of the Sant Boi de Llobregat FC Barcelona Supporters’ Club, who talked about how she started out as a fan in such a male-dominated world.

The event had 20 guests – the maximum allowed for the room – and served to outline how Sí al futur will promote the normalisation demanded yesterday. It was also the occasion for the official presentation of the other female Board members who form part of the project: Annamari Basora, María José Balañá and Carolina Fabregat.

You can see the best photos from the event here: